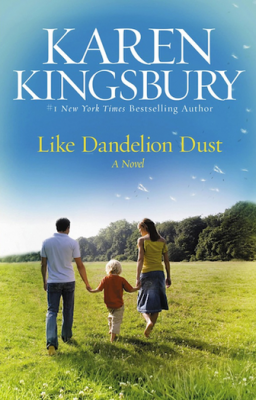 These ten Christian novels have exceptionally intriguing situations. What if you were in these situations? What would you do?

. . . someone forged the father’s name on your child’s adoption papers and the father wanted him back? (Like Dandelion Dust, by Karen Kingsbury)

. . . you were an editor who began receiving a story from an anonymous source about your own life, revealing details that no one else could possibly know? (Ghostwriter, by Rene Gutteridge)

. . . you were a lawyer who had to defend a couple for negligent homicide who had waited so long for faith to heal their child that he died? (Dying Declaration, by Randy Singer)

. . . you inherited a funeral home? (Doesn’t She Look Natural, by Angela Hunt)

. . . you took a vacation to a place where the ten plagues of Exodus were being duplicated at your resort? (The Tenth Plague, by Adam Blumer)

. . . your child was infected with a rare fatal disease and the only cure breached your professional ethics as a doctor? (Informed Consent, by Sandra Glahn)

. . . after a heroic attempt to save the life of a baby in your care, the child dies and you are accused of killing her? (True Story in Edges of Truth, by Deb Brammer and Steve Brennecke)

. . . you were a bug expert who solved murders by the bugs on decomposed bodies and met a “witch” who seemed to have supernatural power over dogs? (Less Than Dead, by Tim Downs)

. . . as a result of a medical experiment, you didn’t age, but everyone around you grew old and died? (The Methuselah Project, by Rick Barry)

. . . you were a reporter given the story of your lifetime about a prisoner on death row? You begin to believe he’s innocent but, without his help as a heart donor, you son will die. (Not in the Heart, by Chris Fabry)