2015—a new year and a new beginning. Maybe you’re writing new year’s resolutions and kicking yourself for the failures of 2014. Maybe you’re 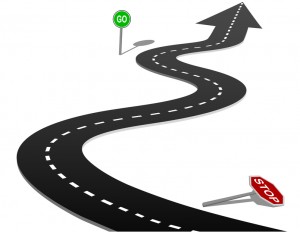 contemplating new adventures or maybe the risks scare you away from adventure. Success would taste so sweet, but fear’s bitter taste can knot your stomach. Wouldn’t you like a guarantee that you WILL NOT FAIL?

These 3 secrets will almost guarantee that you will never fail again.

When you try new things you lack the experience to pull them off perfectly. You’ll probably make mistakes and embarrass yourself. And your chances for failure are quite high.  Stick with things you already know how to do well.

Attempt only those tasks which you know to be well within your range of capabilities. That way you know that, with a minimum of effort, you can do the job well.

Don’t do anything until you’re quite sure it will work. Otherwise you just set yourself up for failure.  And never try anything of which people might disapprove. If you do, you may work hard and only receive criticism in return. Criticism is never fun. It makes you feel you’ve failed even if you haven’t. So stay away from risky jobs. Just be content with who you are now. Quit trying to change.

If you follow these three rules you may never fail again.  Aim at nothing, and you’ll hit it every time.

Of course, as you avoid failure, you will probably also eliminate the chances of any kind of significant success. Easy success carries its own high price tag. Before you give up on failure you may want to see if you have underestimated its merits.

A great preacher doesn’t happen to have any tapes of his first sermons.

Some people, however, stop with their first awkward attempt, assuming that they are not “called” or “gifted” for such a task. In such a case, failure can go by no other name.

On the other hand, if you grab onto that difficult task as a precious opportunity for growth, you may not do well on your first attempt. So ask God to help you learn from your failures and try again. Then you’ll probably find that you won’t do too well your second time either. Yet as you continue to try, evaluate, and change, you’ll soon find yourself learning and growing. You’ll experience the joy of learning to trust God and serve Him better. People may criticize you, but you can know the joy of the Heavenly Father’s smile on you. Remember God is pleased by our best efforts, even though they fall short of perfection.