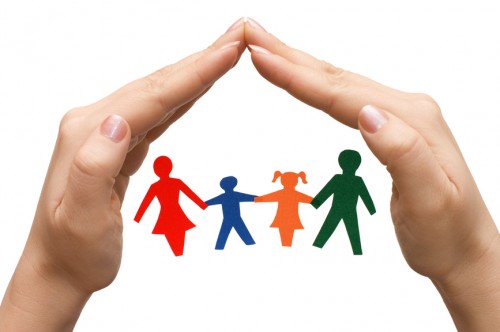 If you’re involved in ministry you may find that one of your biggest problems is working with people. Especially people who can’t see your vast wisdom and how much sense your ideas make! What’s wrong with them?

My husband and I have been in ministry for more than thirty-five years on three continents (or islands). I’m still learning and growing and struggling through many issues, but the ups and downs of ministry have taught me one lesson about life that rings true wherever I go. This lesson won’t give you all the answers, but if you understand this concept it is guaranteed to help your ministry and your personal relationships wherever you are.

Any situation can be seen from more than one perspective.

Sam and Suzy have been best friends with Max and Maxine for many years. Then Sam buys a new water blaster. Max borrows it. Sam waits impatiently for over a month for Max to return it. Finally he asks for it back. Max hasn’t finished using it, but since Sam is being grumpy about it, he returns it. Sam frets over the grungy condition of his nearly new water blaster, then discovers the adjustment knob no longer works. Sam criticizes Max for not taking good care of his equipment. Max accuses Sam of being a nit-picking control freak.

Then the wives get into the mix. Suzy excludes Max and Maxine from her next barbeque. Maxine complains to Sam and Suzy’s friends about their yapping poodle. The relationship goes downhill from there.

When the friendship dies, each person goes away with clear memories about what happened. All four are truthful people with good memory for detail. But all four go away with a different idea about what actually happened. Why?

Facts are facts, right? Max borrowed the water blaster and it wasn’t in as good a condition when he returned it. Those are facts. But Sam remembers all the other things Max has borrowed and some that he has forgotten to return. Sam likes to keep all his tools in mint condition. Max, on the other hand, spent many hours helping Sam paint his garage last summer. Max cares more about relationships than things. He feels Sam is materialistic and values his tools above their friendship. Besides, if Sam bought better quality tools, maybe they wouldn’t break so easily. Sam resents having to ask for his water blaster when Max should have returned it. Max resents Sam’s angry tone when, if Sam wanted it back, he simply had to ask for it. You can just imagine what the women feel about the whole situation.

Each person believes he understands the situation, that he remembers accurately what happened. But the bare facts are only a part of what happened. Proverbs reminds us that there is usually more than one side to a story:

“The first one to plead his cause seems right, until his neighbor comes and examines him. . . He who answers a matter before he hears it, it is folly and shame to him.” (Prov. 18:17, 13)

What did each person say? What did he mean by what he said? What did the other person think he meant by what he said? Before long each person will have processed his or her memories, replaying certain parts over and over again, forgetting other parts. Each person will put his own interpretation on the facts. Each memory will evolve. Likely the friendship will die because, even though all four think they remember and understand what happened, none of them remembers the exact same thing as anyone else.

Maybe someone has hurt you in a nasty incident. You replay the scene over and over in the video player of your mind. You try to make sense of what happened. You interpret what they said and how they said it and you come to conclusions—which may be wrong. We often bring the baggage of the past into current relationships, interpreting present events by other, unrelated events. Differences in personality, background, gender, and culture color our interpretation.

One of the most helpful things you can do in any relationship is to try to see events from the perspective of the other side. Could the other person have meant something different than you thought? Could your intentions have been misconstrued? Maybe the person expressed his complaint in anger and exaggerated his point, but is there a kernel of truth in what he said? Can you learn from what she said? Ask God to help you understand the other person’s viewpoint. What could you have done differently that might have been received in a better way?

I first learned this lesson in a very personal way. I worked on a mission field with five other missionaries. We bought some property together. When we first decided to buy the property we all wrote out the reasons for buying it and what we thought it should be used for. Five years later we did the same. It was amazing to see the variety of slants we had on these issues. But the most remarkable part of the whole process to me was this: In five years I had changed dramatically in what I thought about the whole process, but was totally unaware of the change! 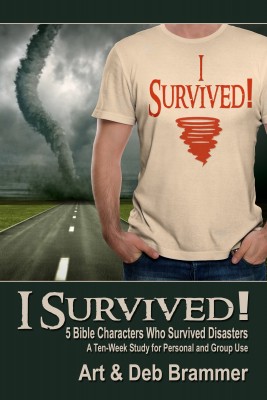 After that I began to see that whenever a number of people view something, they all view it in a slightly different way. Have you ever heard the minutes read from a meeting you attended and realized the secretary had come away with a different view of what happened than you did? I have. In counseling you may hear the wife’s side of a story and think the husband is a jerk. Then you catch a glimpse of the husband’s side and see that he has a valid perspective the wife needs to listen to. In fact I find that one of my main roles in counseling is to help the person see the situation from another perspective.

This is not a new concept. You find it in the saying, “Never criticize a man before you’ve walked a mile in his moccasins.” I’ve used the fictional excerpt above about Sam, Suzy, Max and Maxine I my Bible study book, I Survived! You can see this concept fleshed out in my fiction book for kids, Two Sides to Everything.

Yet when I see something happen, I come away thinking the other person’s viewpoint is skewed while mine is spot on. Let’s resolve to consider the viewpoint of others when we size up a situation.

Then we’ll be one step closer to responding in the way Christ would.