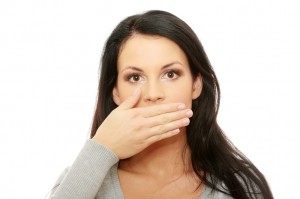 During our last term of service on the mission field we heard great protests by Americans about the “Happy Holidays” greetings they heard in stores at Christmastime. Living in New Zealand, I wondered if perhaps the government was outlawing the greeting, but it seems to be more a matter of preference by employers. My understanding is that some chain stores instructed their workers not to say “Merry Christmas” to customers to avoid causing offense to non-Christians.  While this is sad, I can understand why employers wouldn’t want to alienate a segment of the population.  Previous to this time “Merry Christmas” had little significance to most people beyond enjoying the season so I have to wonder if we’ve lost a lot. Not all stores follow this guideline and customers can give any greeting they want.

Yes, it is sad when manger scenes are not allowed on government property. To be honest, however, I wouldn’t like to see a Muslim or Mormon display on the same property. America was founded on Christian principles, one of which is freedom of belief, even if that belief is erroneous. We can’t honestly protest the rights of other religions to display on government property at the same time as we protest our inability to display our own beliefs.

Returning to the States I prepared myself for this great secularization everywhere. And I was surprised, truly surprised by what I found.

The Christian film, “Courageous” was widely sold at Walmart stores, prominently displayed, and available for about $5.

Super 1 Foods in Montana covered about four windows in the front of their store with a manger scene and this motto: “Jesus is the reason for the season.”

Hobby Lobby. Where can I begin? They’ve always played Christian music in the store. They have a wide selection of quality decorative materials with Christian words or sayings on them. I bought a nice Christian music CD there, published by Hobby Lobby, with beautiful, God-honoring music on it. For six months they promoted and totally sponsored a huge exhibit in Colorado Springs called “Passages” that displayed all kinds of historical Bibles or passages that point to the reliability of Scripture.

As New Zealanders say, “I was gob-smacked!” In a good way.

Privately owned businesses can issue the guidelines they want. Customers have the right to protest if they don’t like it. I realize Hobby Lobby is fighting a battle just now for their rights as an employer to follow their beliefs. I won’t comment on that. But as Americans, we still need to be so thankful for the great amount of freedom we have to express what we believe. People may not always like what we say, but we still have opportunities to express our faith in a very public way.

When was the last time you thanked God for the freedom we still have to express our beliefs? America is still an amazing country with great liberty. It’s easy to complain about how bad things are. We might use our time more profitably by searching for creative, non-offensive ways to present our faith to unbelievers around us and use the liberty we have.