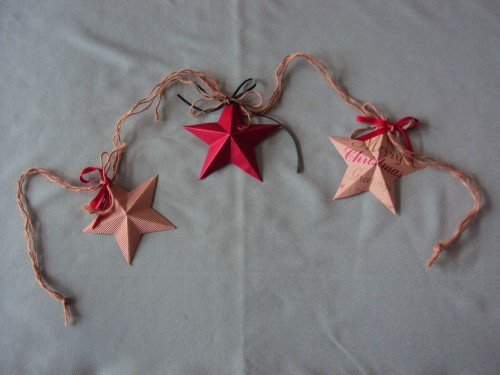 A craft night can be a great way to present the gospel to ladies’ who aren’t interested in coming to regular church services.  You can use stock photos for advertising and PowerPoint slides. I’ve given the notes I used for my devotional. Feel free to use any of the ideas given here.

Choose a variety of crafts that use stars to make Christmas ornaments. You can find some on my Pintrest board. https://nz.pinterest.com/debbrammer/christmas-star-craft-night/

Think about Jesus, God the Son, as he lived in heaven.

At the right time he set aside his divine glory

came to earth in a way we wouldn’t expect

One group who came to see him

Who were the wise men?

Who was Messiah, the Christ?

We don’t know how much of this they understood

Somehow they knew when they saw a special star in the east, he would be born

as astronomers they knew the sky

new star, sudden and bright, was something supernatural

Herod was jealous and competitive

priests knew from OT he’d be born in Bethlehem

didn’t bother to go to Bethlehem themselves

wise men followed the star and found him in Bethlehem

followed God’s revelation to see who Jesus was

Wise men may have had incomplete understanding of who Messiah was and all Jesus would do.

But they knew he was the one they had been searching for for many years.

They believed he was the Chosen One, the Messiah that God had promised to send were overjoyed to see him

they bowed down and worshiped him

God told them in a dream to go home another way, not to go back to Herod.

In the same way, we need to search for God.

God wants us to find him, reveals himself so we can know him

When we find out who God is, we need to follow him in salvation.

We need to recognize who God is, believe in him, and give him our best.

*Marbles and floats or rocks in a jar.

[*Choose something like marbles or rocks in which you have small ones and big ones. Fit as many in a jar as you can by putting the biggest ones in first. For the devotional put all the rocks on a table and ask a volunteer to see how many they can fit into the jar. If she starts with the smaller ones, many of the rocks won’t fit. Show how you can make them all fit. Point to the object lesson: When you put the most important things in life first, much of the rest will fit, and if some lesser important things don’t fit, it doesn’t matter. We need to put God first.]