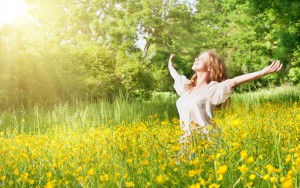 Warning: This article does not contain doom and gloom. If you are searching for more bad news about America, you’ll have to find another article.

When I returned to America in November 2013 I wondered what I would find. Since 1980 I’ve spent most of my time overseas, returning every few years for a time of furlough. In recent years everything I read on Facebook or saw on New Zealand news about America was negative. Having traveled throughout the Midwest and now to the West one theme is consistent: persistent pessimism.

I understand America has many issues that Christians need to be concerned about, but the degree of pessimism I hear concerns me.

One pastor I know often remarks that he thinks America only has a few years left. This doesn’t seem to worry him much because (1) God is in control and (2) he’s in his upper 70’s and doesn’t plan to live long anyway. But imagine how this chokes the hopes of teens in his church who could have six or seven decades left.

Yes, Christians need to stand against moral issues such as abortion and same-sex marriage, but we need to guard against persistent pessimism that squashes all hope.  (This also applies to similar countries, like New Zealand where I have lived for 16 years.)

At 59 years old, I’ve lived through enough to give perspective to the pessimism. When I was young, Americans had an intense fear of Communism. Many thought Russia would attack this country. Some built bomb shelters. My husband’s family used a coal room in the basement as a potential bomb shelter and stored canned goods and magazines there in case they had to hide there. The US and Russia were arming themselves and making nuclear bombs. People risked their lives to escape from behind the Iron Curtain. China’s one-child policy sometimes forced women to have abortions. Christians in China faced great persecution, sometimes martyrdom. Back in America students were rioting on university campuses, burning flags and bras, and using a wide range of illegal drugs. Some people, including me, believed it would only get worse.

Now the Cold War is over. The Iron Curtain has come down. China is relaxing its one-child policy and religious persecution is easing to some extent. America has occasional shootings on campuses, but the riots are basically gone. Illegal drugs are still a problem, but not to the extent they were in the 1960’s. Smoking has greatly decreased.

So yes, we need to be prepared for emergencies and yes, we need to stand up for what we believe, but we also need to recognize that the movement in our nation (and many others) is not entirely downhill.

In the next several weeks I want to share with you some positive things I see in America that give me hope. I have been touched by some amazing things happening here that many Christians seem to be blind to. If you’re having trouble seeing good signs, you might want to join me. But for now, may I suggest that we don’t just spread doom and gloom, but also hope and cheer. God is still in control and we have much to celebrate.

(Due to a crossover with my website most viewers were unable to view this post when originally posted. If you are reading this as a repeated post, I apologize for the inconvenience.)