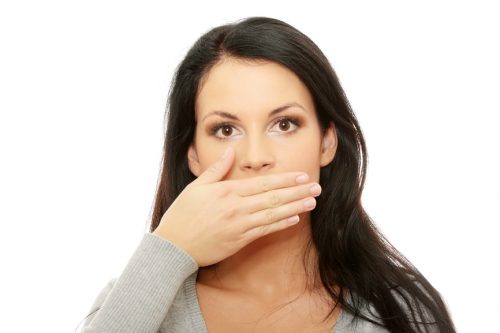 Some people don’t like cautious conversations. They want everyone to just put all their cards on the table and say what they think. That way everyone knows what everyone is thinking and where everyone stands.

I see a problem with this. In an impulsive moment you may say something that you will hardly remember later, and that I can hardly forget. You may feel better about getting it off your chest, but your hurtful words may bring fresh wounds every time I think about it. And if I share my opinion very strongly, once you know how I feel, you may no longer feel free to share a contrary opinion with me. Friendships can be destroyed by a few careless words.

On the other hand, strong friendships are not built on conversations that never pass small talk. We need to allow our friends freedom to disagree with us and to express their opinions. Arguments, however, don’t usually deepen friendships.

Of course, different personalities and backgrounds strongly influence how much difference of opinion we’re comfortable hearing or expressing. No one wants to have her opinions constantly steamrolled by a stronger personality. But we can also be too sensitive, offended by anyone who disagrees with us. Where can we find a healthy balance? How can we build bridges instead of walls?

I believe the answer often lies, not in what we say, but the approach we take in saying it. Proverbs 15:1 says, “A soft answer turns away wrath, but a harsh word stirs up anger. The tongue of the wise uses knowledge rightly, but the mouth of fools pours forth foolishness.” (NKJV)

I married into a family who is particularly good at giving soft answers. Many times I’ve seen a Brammer handle a ticklish situation in a way that disarmed the tension.  I’ve learned from them some secrets that have taught me what to do in ticklish situations.

Soft answers don’t make for snappy dialog. As a fiction writer I look for direct dialog that gets straight to the point. I search for clever comebacks that drive my points home and make a great sound bites, like you see posted on Facebook. But clever comebacks, funny as they may be, can sometimes hurt friendships. Sometimes an indirect approach de-personalizes an issue and makes it less confrontational.  When I have to confront friends or disagree with them, I try to avoid a direct attack mode which approaches them like an enemy or a child. I look for a way to come alongside them as an equal and offer helpful words.

Do I always achieve this? No. At times I’ve approached someone in a way that I feel is careful and tries to keep an issue small. They see me as being too serious and making a big deal out of it. Even with our best intentions, we can be misunderstood. However, sometimes we’ve seen friends trying to help someone or witness to them or work out a problem. From our perspective outside of the situation we can see that, though their intentions are good, their approach is making the problem worse. They are pushing a person away from them just when they want to do the opposite. Often people ask my husband or I how to say something difficult to someone in a way in which it will likely be well-received.

I’ve listed six different situations you may find yourself in when you disagree with someone. I’ve given possible responses you could use in those situations. This is not to say that my approach will always be the correct one or the only one. But I hope these ideas may be helpful to you when you’re looking for a non-confrontational, friendly approach to conflict. These are ways you can address an issue in a way that may be less likely to harm the relationship.

Correcting information I believe is wrong

Have you ever been in a conversation with a man and his wife where one is telling the story and the other correcting it?

“For our fifth anniversary, we went to Yellowstone.”

“No, dear. It was our sixth, and we went to Yosemite.”

“I’m sure it was our fifth. Remember Buddy was still in diapers and we stopped at Aunt Helen’s on the way to Yellowstone.”

“No. Sally was in diapers, and it was Aunt Julia.”

You don’t care which national park they went to or who was in diapers. You do want to go home. Soon. The constant corrections about trivial things make the conversation nearly unbearable.  Some people feel if they don’t correct people who say something wrong, their silent listening makes them liars. Actually God never requires us to verbally correct every fact we find questionable.

But what if someone is relating a story in a way that, to me, seems like a lie or a serious misrepresentation? I feel like I must say something.

Of course some information needs to be corrected. As in, “Actually, doctor, I believe it’s my left leg you need to amputate, not my right one.” But sometimes you hear people relay information that is different than you remember it, but doesn’t need to be corrected. Often mistakes are a matter of a hazy memory rather than dishonesty. Many mistakes just don’t matter.

Correcting a viewpoint I feel is wrong

But aren’t some issues important enough to need correction?

Here’s a more serious example you could face. Maybe someone states in a church group discussion that they believe abortion is all right in certain circumstances. You and your church take a stand against abortion on Scriptural grounds. A visitor is standing there and you don’t feel it’s right to let the statement stand unchallenged. You don’t want to argue about the topic, but you feel you must say something.

Correcting a situation that I think needs to be changed

You see someone making a home repair in a way you think will cause problems later on.

You are listening to your friend relate a confrontation that happened between him and someone else. You want to support your friend, but you also see that your friend may be unknowingly doing something that offends the other person and makes the matter worse.

Keeping a trivial matter from escalating into an argument

Have you ever gotten trapped in a conversation you couldn’t get out of? Maybe you’re discussing gardening, breastfeeding, health food diets, current events, or the latest car models. You state your opinion. She counters that. You tell her why you think you’re right. She tells you why she doesn’t agree. You tell her why her logic is flawed. She tells you why it certainly is not. Soon a trivial matter   has escalated into an argument, or at least a very uncomfortable discussion.  How can you keep this situation from repeating itself?

I like to watch how others handle difficult situations and learn from them. I hope something in today’s blog may be helpful to you.

Next Time: How to Disagree in Church Business Meetings

One thought on “How to Disagree Nicely”