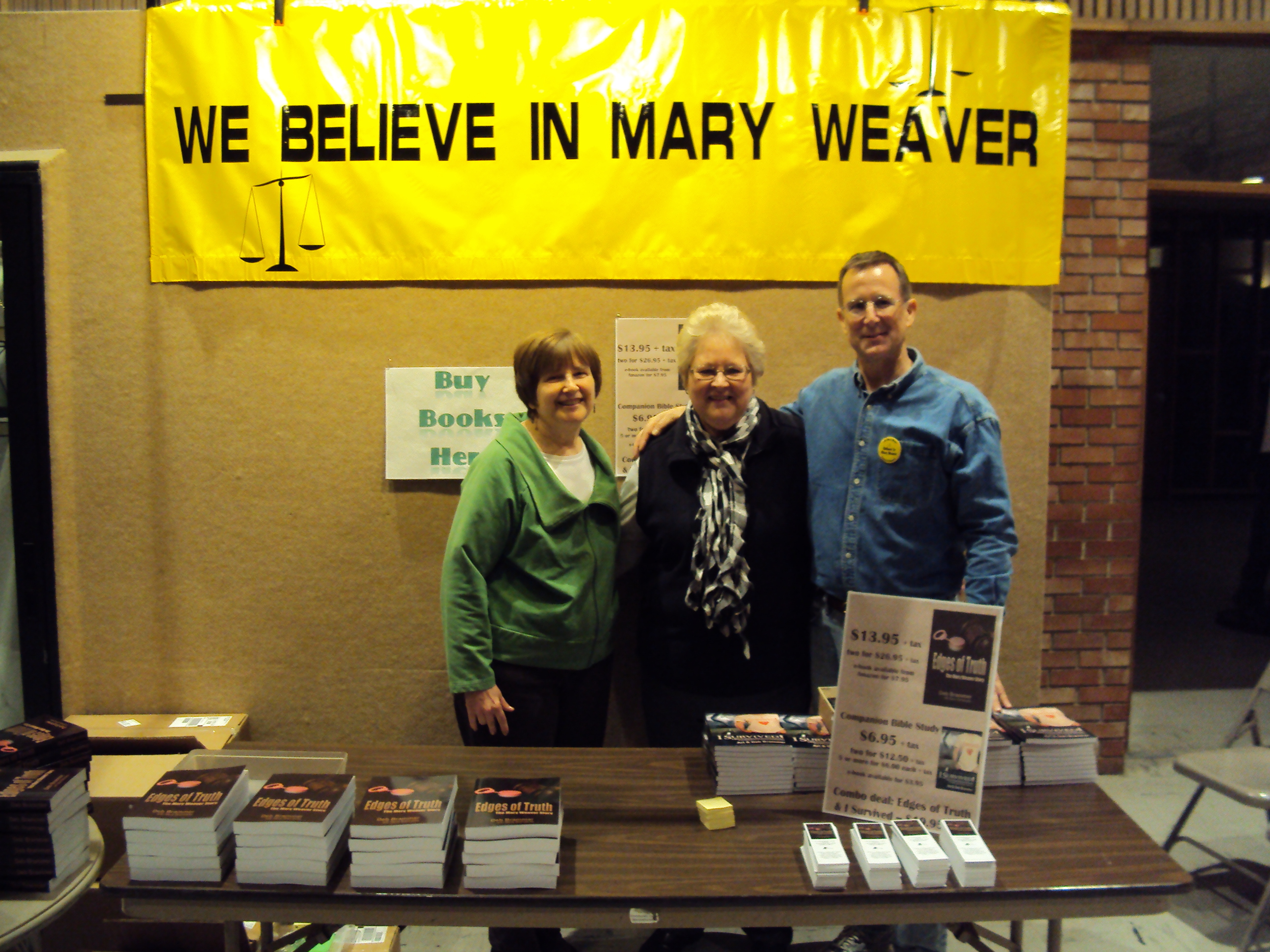 Four days ago we woke to a wild day of high hopes, not knowing what to expect about so many things. After 2 ½ years of hard work we were finally ready to launch our new book, Edges of Truth: The Mary Weaver Story. Technically a book launch is the first day your book goes for sale in many different stores or venues all at once. When you self-publish through CreateSpace and distribute through Amazon it’s a little harder to make sure that your sales all begin on the same day. A few people had ordered our book from Amazon before we actually held our book launch, but we didn’t let that bother us. Many people had told me that they had never been to a book launch before, didn’t know what one was like. Frankly, I hadn’t either, but we determined to make this book launch what we wanted it to be.

We started the day with many questions: Would many come to our launch? What if we had hundreds of books left over and had a hard time selling them? Would the venue Steve had picked work well for the launch? Would we find acceptable places to hang our signs and have enough cookies? As I wrote last week, we needed to sell books at our launch and create buzz to spread the word about our book. But most of all we wanted to launch our book in a way that would give God glory for what he did in the Mary Weaver story.

Steve drove to HyVee Friday morning, planning to give a quick announcement during KFJB’s morning show. On Friday mornings the host meets listeners at HyVee and allows them to make quick announcements. Due to a misunderstanding about timing, Steve arrived five minutes after the morning show was over.  KFJB, however, arranged a phone interview with him and gave parts of it throughout the afternoon, giving us free advertising for our launch. (An area paper also put our book and launch details on the front page of their Sunday paper.)

Friday afternoon Mary, Steve and I were all in the same room for the first time ever. We had arranged to use this time to set-up and make plans, but soon friends and family began dropping in. About 6:15 I had to scarf down a bowl of Wendy’s chili and run to the restroom to change as people arrived early for the 6.30 opening. Soon the auditorium filled with people who were buying books, hugging, chatting, and sharing memories. Mary, Steve, and I signed books non-stop until we stopped for the short program. Then Steve recognized people in the audience who had played various roles in Mary’s case. Mary, Steve, and I each had opportunity to make a few remarks. Each of us pointed people to God who had worked in such an amazing way in Mary’s case. Then we began to sign books again, non-stop until people wandered away and we were left to sign more books that would be delivered after the launch.  The day we had envisioned for so long ended up being a wild, yet satisfying day. 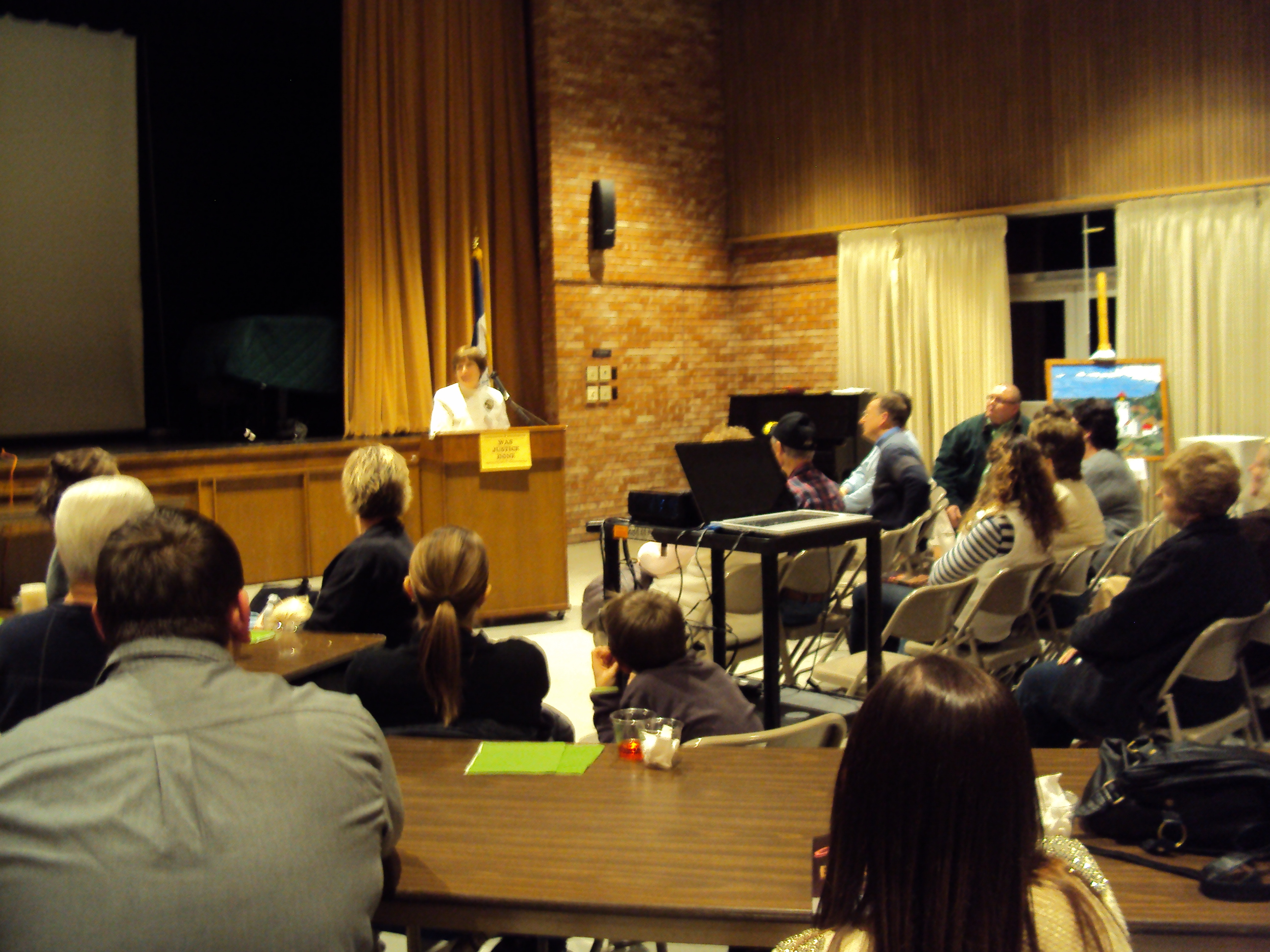 Frank Santiago, former reporter from the Des Moines Register, studied the standing room only crowd at one point and said something like this. “Who would think you’d get a crowd like this 20 years after the case had begun?”

Book signings are so often disappointing, but this crowd came because they had been so moved with Mary’s story as it happened and now wanted to read about it and take part in this time of rejoicing.

This Thanksgiving week we are thanking God for these things about our book launch:

And now we move on. Saturday morning I gave an author talk at the Eldora public library. Mary and I signed more books. We continue to look for more ways to promote our book and spread the important messages of it.

In a few weeks maybe we’ll get caught up and I’ll have the chance to answer this question: What was I doing with my life 2 ½ years ago when I began planning this book?

One thought on “Launching Our Book”