Is a puppet ministry a good fit for our church? 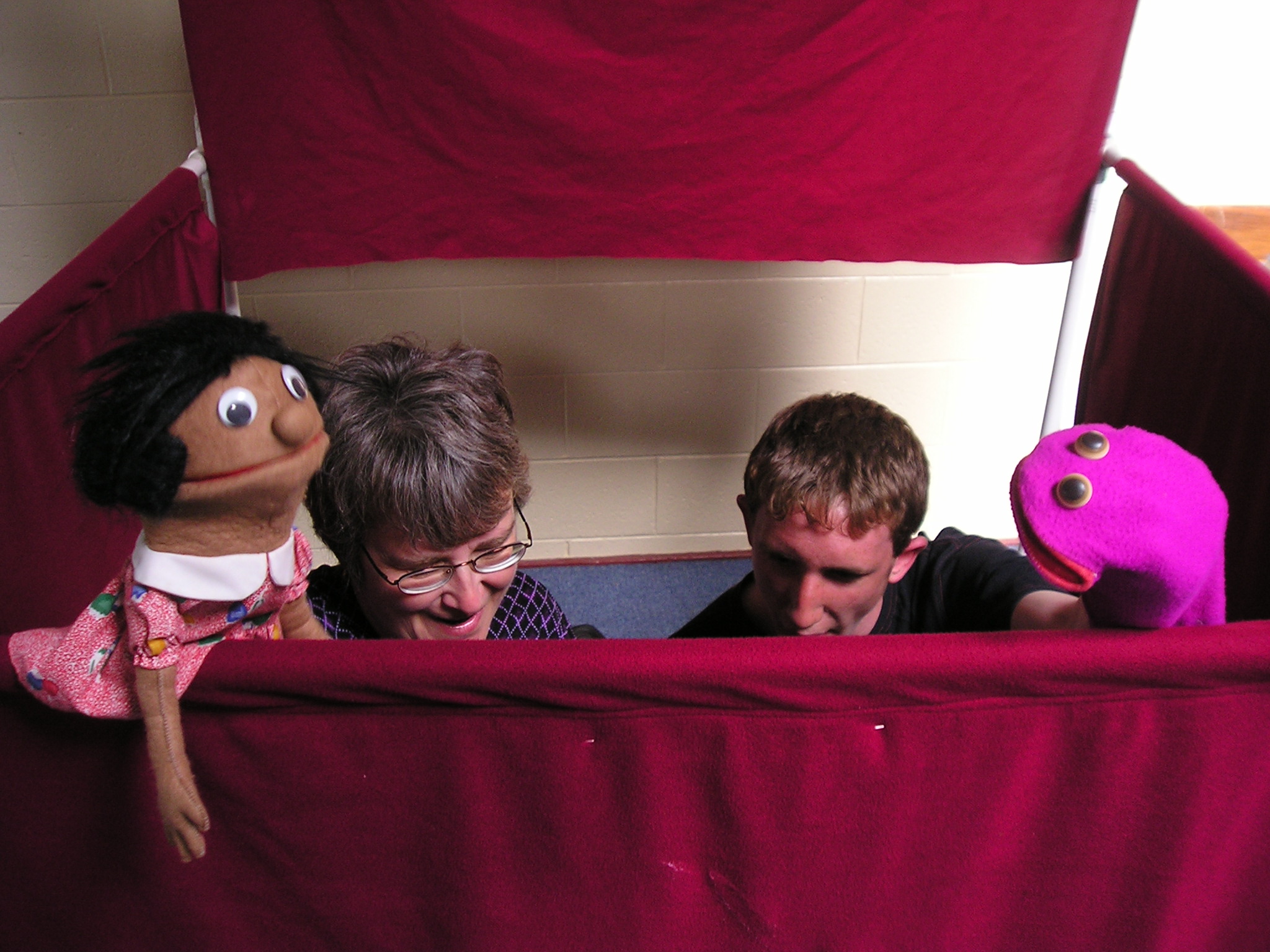 One great thing about a puppet ministry is that it can work well in all sizes of churches. A very small church can put on quality performances that minister in a meaningful way. A large church can create a puppet team that can perform to large groups, maybe even travel as a puppet team. Most importantly you need a committed leader and at least a few puppeteers who will work at the craft with enthusiasm.

Puppeteering can be fairly demanding physically. From the beginning you at least need puppeteers who can hold a puppet up for at least several minutes. Children as young as 10 to 12 can learn to do simple puppet shows, but I like to make sure my puppeteers are at least 13. Their ability level generally increases quite a bit when they are this age. Sometimes younger children will beg and plead to help, but I tell them they can join the puppet team when they are 13. It doesn’t hurt for them to look forward to the privilege for several years so that they are willing to work at it when they reach the right age. If puppeteers start at about age 13 and enjoy it, they can grow in their skills and do much more complicated things later on. In time your team may grow to be quite proficient.

Of course, adults can make great puppeteers, too, but most often puppet teams have a few adult leaders with the majority of the team being younger.

What kind of person works well on a puppet team?

Almost anyone can learn to manipulate a puppet and read the scripts, but some people take to it more naturally than others. People who love drama will probably love puppeteering. It’s also true that many teens who hate doing drama for an audience, don’t mind puppeteering because they can hide behind the stage. We’ve seen teenage guys, who wouldn’t be caught dead acting, performing puppets with wild abandon. If, however, they are wild about sports and show no interest at all, it might not be worth dragging them into it.

As with any activity with teens, they may seem skeptical of a puppet ministry at first. If you want to gauge interest I recommend you start by performing some puppet shows during the announcement time in church or in an informal service. Get a man from the church to be one of the puppeteers to show the guys that it’s fun, not something to be left for the women and children. Choose a script that’s fun and makes people laugh. Notice the people in the audience that particularly enjoy the performance. Talk about how much fun it can be and see whose eyes light up.

If you have a committed leader and as many as two enthusiastic puppeteers, you can have an effective team. A team of four or five puppeteers works well. If you have a much larger team you’ll need more leaders and each team member may not be able to perform as often. On the other hand, you may want to give the members who work hard and become very proficient the opportunity to perform in special settings, even travel to perform. Others can perform in smaller, less formal settings as they build their skills.

How structured does the team need to be?

This is a question you’ll have to decide for yourself. Some puppet teams expect disciplined weekly practices and each puppeteer has to work hard to build skills. Other teams remain at a simple level which encourages beginners to take part. Ideally you have a committed team who keeps a high level of enthusiasm, builds their skills, and grows to minister effectively with a servant’s attitude. But face it. Life is not always ideal. Sometimes you may want to use a puppet ministry to encourage even unbelievers to get interested in spiritual things. The interest level and abilities of your team may go up and down with time.

Do we have the resources for a puppet team?

A puppet ministry doesn’t have to be wildly expensive, but you’ll probably need at least four or five puppets of reasonable quality and a puppet stage. If the custom made puppets seem to be too expensive, they can be made by a good seamstress who is also pretty good at making crafts. This is not a project for a beginner, however. The stage can be made simply from some PVC pipes and heavy fabric. With good care these items can last for many years.

Do we have workers with sufficient skills to start a puppet team?

One good thing about a puppet team is that it can work with people who aren’t terribly athletic or musical. Most of all they have to want to do it. Enthusiastic leaders who are used to doing church programs can generally teach themselves enough to lead a good puppet team.

Puppet teams can be a lot of fun. The performances can add great interest to a children’s program, church program, or even a rest home. They can communicate a message in a very non-threatening way. If you feel you’d like to start a puppet ministry, read my next blog where I’ll give resources that can help you start your own puppet team.