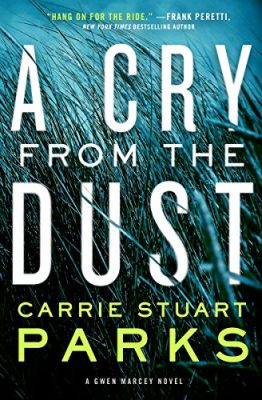 Being a subscriber to Deb’s Book Blast automatically qualifies you to be in the draw to win the ebook version of this 2015 ACFW Carol Award winner. I’ll announce the winner of the draw at the end.

I learned a lot about art while doing research for the Art Spotlight Mysteries. Here are some of them.

Book one in this series took me into the controversial world of graffiti. While common graffiti is a nuisance no matter what property it defaces, some of the more clever graffiti actually increases the value of property. Banksy, the world foremost street artist who remains anonymous after more than 25 years, is the most obvious example of this.

(The last four facts were taken from: http://www.smallandstylish.co.uk/facts-about-banksy/.)

Banksy, more than any other artist, has blurred the lines between traditional art and vandalism. I patterned my fictional character Zaxx after him. Whether it’s sweet and innocent or awful and objectionable, Banksy’s cleverness always seems to draw a crowd. If Banksy painted slightly objectionable graffiti on your fence, would you paint it over?

The second book in this series took me into the fascinating world of forgery. I learned amazing things about forgers. Did you know it’s not against the law to copy the work of a long dead artist? The crime comes in trying to pass it off as an original. This intent to deceive can be extremely hard to prove.

Here are some surprising facts about three prominent forgers:

A painting can be worth a million dollars one day, but if it is found to be a forgery, it’s totally worthless the next day. The painting hasn’t changed; only the perception of it. Makes you think, doesn’t it? According to forgers, many forgeries hang on museum walls undetected. But you can see why museums don’t work harder to detect forgeries. Detection would turn their valuable paintings into worthless images.

Writing the third book in this series taught me about two real-life child artist prodigies who have similar stories to my protagonist, Destiny Champion. Their examples demonstrate clearly how early success is often damaging to the life of a child.

Do you think child prodigies should be widely publicized? Or should their parents conceal their talent until they’ve finished their childhood? Why?

Now for the free drawing.

I have randomly picked a winner from my subscribers list to receive the ebook version of A Cry from the Dust by Carrie Stuart Parks. And the winner is … Trude Hunsucker. Trude is a farmer’s wife from Polson, Montana.

I gave this book a rare 5-star Goodreads review. As I said in March, Carrie is a forensic artist in Idaho and she graciously gave me helpful advice about art for I Scream. She mixes humor with suspense that pulls you quickly through her book. The connection with Mormonism brings high stakes of an unusual kind. I read and enjoyed this, her debut novel, and the next two in the series, The Bones Will Speak and When Death Draws Near. Carrie has won numerous awards including the 2017 Christy Award and the 2017 Carol Award.

If you didn’t win this time, you have one more opportunity in 2018 to win an ebook by another Christian author. November’s winner will receive Not in the Heart by Chris Fabry. In November, every Book Blast subscriber will receive a free, inspiring true short story.