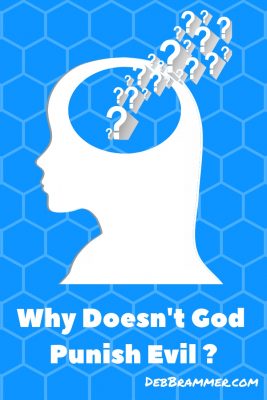 Life wasn’t fair for Mattie Ellen. Her husband died, leaving her with four children and nothing else. In those days in the early 1900’s no high-paying jobs were available for women. Mattie Ellen did housecleaning, mending and other odd jobs. Still her little family was dirt poor. They didn’t know what a good square meal is.

Then one day Mattie Ellen and her children got a job picking strawberries. It didn’t pay a lot, but Mattie Ellen saved every spare penny. Finally she could buy a few new clothes and badly needed shoes for her children.

Soon afterward, a traveling salesman passed by with a catalog full of wonderful things. Mattie Ellen looked through the catalog and carefully chose a few things for each child.

Then the long wait began. Every day the family watched the mailbox, waiting for the magic day when their precious clothing would arrive. New clothes at long last! How they needed them!

The weeks dragged on into months, but the package never arrived. Finally Mattie Ellen had to tell her four waiting children that the package would never come. They had been cheated.

A poor woman like Mattie Ellen could do nothing to get her money back. The scoundrel continued to travel from place to place, cheating people everywhere he went. As far as Mattie Ellen knew, the salesman was never brought to justice.

“It’s not fair!” we cry out. “Why didn’t someone stop that man?” Yet we know that life is often unfair. Every day evil people work out their schemes on innocent people and get away with it (for now, anyway).

Free to Love or Reject

God in His omnipotence could snap His fingers and put the world in order. Yet while Christians yearn for God to “make it all right,” God often restrains His power in the interest of free will.

Free will is a mysterious concept that stumps even the theologians. God chose out a people to believe on Him before the foundation of the world. Yet they choose to believe by an act of their wills. Impossible as it seems to reconcile the two concepts to human minds, it makes perfect sense to God.

God has so ordered life that a person can take God or reject Him. Without free will, our love means nothing to God. Love that is forced, bribed or manipulated into existence is not real love.

What if God dealt with people fairly, the way we see fairness with our human minds? What if God immediately and consistently rewarded every good, noble act and punished every mean, sinful act? People would serve and obey Him, not out of love but out of simple selfishness.

God does reward and punish, but it is not always obvious to us on a day-to-day basis. This way, many ignore God or openly reject Him. But others desire to love Him completely, even when they don’t understand the things that happen to them. And that is exactly what God is after. That kind of love fills God’s mighty heart with joy.

The opposite is also true. When God’s children turn from Him despite His faithfulness and goodness, He is grieved. When sinners refuse His gift of salvation, paid for at such a cost, it cuts Him deeply.

Read the Old Testament from God’s point of view, and you can witness the pain He felt. For centuries God showered rich blessings upon His precious people, the nation of Israel. He promised to continue to bless them if they would only be faithful to Him. And He promised just as sure punishment if they turned to other gods. In spite of the warning, the Jews consistently, repeatedly ran after other gods. Yet as we scan the pages of His Word, we sense God’s dragging His feet in His dealings with them. The rod of punishment moved very slowly in His hand. God never compromised His holiness, but His slowness to act gives us a glimpse of His patience and His yearning for His children to turn back to Him.

The nation of Israel knew well the benefits of God’s mercy and patience in dealing with them. Yet those beneficiaries of God’s patience could not understand when God turned that patience toward their enemies.

God had promised to destroy Israel’s enemy, Assyria. But the prophet Nahum must have wondered, “What is taking God so long?” Assyria was at the height of its power and constantly fighting wars with Israel and other nearby countries. The Assyrians took pride in their atrocities. They tore off the limbs of their victims, skinned them alive, boiled them in tar, put out their eyes and beheaded them. They erected pyramids of human heads as monuments to their greatness. Next to them Hitler was a wimp.

More than a century earlier, God had promised to destroy the Assyrian capital of Nineveh. But before He did, He forced Jonah to warn them of their doom. Nineveh repented, and, just as Jonah had feared, God had the audacity to forgive them and save the city.

Nineveh’s revival, however, was short lived. By the time Nahum prophesied, the Assyrians were more wicked and ruthless than ever. God still hadn’t kept His promise. Nahum and his people were getting a bitter taste of God’s patience.

Then came the good news. God was finally going to destroy Nineveh. Though it looked as if the Assyrians had been getting away with their cruelty for more than 100 years, their end was near. Nahum wrote verse after verse about God’s wrath, yet this one stands out: “The Lord is slow to anger, and great in power, and will not at all acquit the wicked” (Nah. 1:3).

The Jews wouldn’t miss Nineveh any more than Jews in this century miss Hitler. God told Nahum the Jews would “clap their hands” when Nineveh fell. But we don’t read of God gloating over Nineveh, glad to see them get what they deserved. God didn’t rejoice at seeing Assyria suffer.

If God, whose spotless holiness is offended by every sin, can be extremely patient and loving with sinful men, we would do well to still some of our cries for justice. God waited patiently for us to come to Him. Dare we complain when He holds out His mercy to others?

It is not easy to stand by and watch evil men prey on the innocent and prosper because of it. Even King David struggled with that frustration in his day. In Psalm 37, however, we see David realizing how short the days of evil men are before certain destruction. In the meantime he counseled righteous men to “cease from anger, and forsake wrath.” Anger leads only to evil.

How Should Believers Respond to Injustice?

Sometimes Christians have to stand up to injustice and demand that things be put right. Most of the time, however, such things are beyond our control. Then we have to stare injustice in the face with peace in our hearts. When we are treated unfairly and can do nothing about it, we have to let go of our hurt, forgive the person and go on.

Is that possible? I know it is. Mattie Ellen’s little boy grew up. He knew poverty. He met grief when his mother died when he was eight. He witnessed plenty of unfairness and was taught to respond by getting even. Then one day he met the Master and learned to forgive. When he had children of his own, he taught them to let go of anger and wait for God to repay evil.

And that’s why I know this truth. I am his daughter. Pastor Ray Allen is now in heaven.

In my next blog I deal with this question: Is God in control?