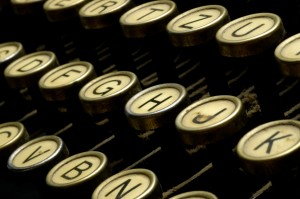 I’ve been neglecting the writers who follow me for a while, so this one is for my writer friends. This year I’ve been writing for publication for forty years. Things have changed dramatically during that time. One advantage to getting older is understanding the history behind things. Today I want to talk about the changes I’ve witnessed in publication over the last 40 years.

I tend to think of the changes in decades. In the 1980’s I started writing articles for publication on my typewriter. Much of the time I aimed at one article a month. I found a publisher that liked my articles and quickly built a foundation of published articles and stories.

Christian fiction was very limited before 1980, but Janette Oke’s Love Comes Softly changed everything. It astonished Christian editors with its unexpected overnight success. Suddenly Christian publishers were hungry for fiction, especially prairie romance. Some were putting out new titles every month. In the rush to publish, quality fiction was mixed with inferior fiction. Readers slowed their buying and some authors got stuck with manuscripts they’d been asked to write, but couldn’t sell. Great opportunities to publish opened up in the early 80’s, but dried up quickly halfway through the decade. Publishers turned to other genres like mysteries and fantasy and writers tried to follow the trends. Manuscripts started flooding the desks of editors.

Moving into the 90’s, most Christian publishers were refusing to consider manuscripts that didn’t come from agents. Now writers were not only concerned about good writing, but marketing their books to agents, who would then try to market them to editors.

I had written a book in the 80’s that I’d had professionally critiqued with favorable comments. I kept revising and submitting the book, without success. Those were the days of printed manuscripts and envelopes and stamps. With each submission I had the long waiting period of sending manuscripts one by one and waiting for replies. In the meantime, I wrote Peanut Butter Friends in a Chop Suey World. This kids’ book was easy to write because I was basically living the book on an adult level. Bob Jones University Press bought it and published it in 1994. I only had to worry about the writing of that book. Publishing and marketing were completely out of my hands. The book sold well, better than any of my other books have. It has now had been printed seven times.

By 2000 we had the internet and writing for publication was changing quickly. The tragedy on 9-11-2001, for reasons I don’t understand, really hit Christian publishers hard. Readers quit buying as much Christian fiction and publishers couldn’t take the risks they had taken before. It became harder even to find an agent who would consider your book. At the same time, it became far easier to self-publish. The stigma of self-publication began to fade as some well-known authors turned to self-publication in order to gain higher royalties. Soon writers’ success of a writer started depending less about their writing ability and more about how well they do social media and marketing. Kindle brought ebooks into the equation which dramatically changed the way books where published and marketed.

BJUP published Two Sides of Everything in 2004, and two of my other books in that decade, but I could see they were slowing down, too, in what they would accept, even of my books after they had already published four of them.

Today anyone can publish his own book. Many new authors publish, not because they are ready, but because they can. Vast numbers of writers write one book. Some of these are poorly written, but a few of their friends buy their book and they can say they’re  published authors.

Self-publication can work well, however, because it pays much higher royalties than traditional publishers and gives control over the book’s content completely to the author. With this method, authors don’t have to spend years trying to find agents for their books who then have to market it to publishers. They can publish their books whenever they’re ready. On the other hand, the author may lose the safety net of an editor who helps him hone his work until it becomes good enough to sell. Today’s writers aren’t finished with their job when they finish writing their books. Now they have to market their books. They need their own websites and blogs and need to keep up on several forms of social media so readers can find them.

In December of 2010 I first heard Mary Weaver’s story. (Now published as Edges of Truth: The Mary Weaver Story.) I felt it was a story that needed to be told. I returned to the States in 2011, wrote a book proposal, and attended a writer’s conference to try to find an interested editor or agent. When I told Mary’s story to people in general I sensed huge interest, but every editor and agent refused to even consider it. They all agreed on two things. The story happened too long ago and Mary wasn’t a celebrity. Sensing God leading us forward, I knew it was time to consider self-publication. Now I’ve self-published Mary’s story, a companion Bible study book, and the Art Spotlight Mysteries, a series of cozy mysteries that are light-hearted, but deal with some deeper issues.

Today authors like me are more likely to refer to themselves as “indie authors” instead of self-published ones. Indie authors are independent authors who may hire help for proofreading, editing, and design but keep complete control of their book. I’ve joined the ranks of writers who need to continually grow in social media and marketing skills. Thankfully, with the huge increase in Christian indie authors, the help available has also increased. Many professionals who used to work for publishers now hire their services out to indie authors. These authors also band together in Facebook groups to learn from each other in the ever-changing world of indie publication. I belong to a group called “Christian Indie Authors” that has been a huge help to me.

Right now I’m working on a series of contemporary novels that deal with missionary ministry in New Zealand. As I edge close to retirement, I’m trying to establish a foundation for selling adult novels so that I can continue to write well into retirement.