Last week we looked at the book Careful Enough? and the kind of ministry possible in China today. As many of you know, my husband and I spent 16 years serving in Taiwan. I want to start this blog with an article by Matt Hanna, a former co-worker of ours. He talks about the great opportunities for ministry in Taiwan today. 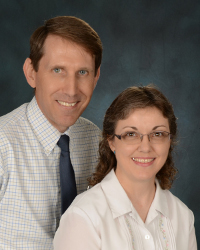 The People’s Republic of China has become the new destination of choice for thousands of missionary workers intent on carrying the gospel to a nation finally awakening from its communist slumber.  But there is another China which has been all but forgotten by today’s missions strategists.  The Republic of China, also called Taiwan, claims a place of strategic importance to the greater cause of Chinese missions.

The door of Great Commission opportunity cracked open in Mainland China nearly 20 years ago.  Since that time the silent cry of a billion souls has attracted first a trickle, then a stream, now a flood of missionary laborers desiring to carry the gospel to them.  As one of the last great mission frontiers of our century, China has held a magnetic fascination for a generation of young people desiring to follow in the footsteps of Hudson Taylor, Jonathan Goforth, Gladys Aylward and other 19th and 20th Century China missionary pioneers.

Although traditional methods of missionary outreach and local church ministry are still largely denied to these new pioneers, they have utilized a whole portfolio of creative methods to carry the gospel to nearly every corner of China.  They have gone as English teachers, university professors, businessmen, doctors, and social workers.  Others have itinerated, taking short but frequent trips into China to provide biblical and theological training to an expanding indigenous house church movement.

But contemporaneous with that burgeoning of missionary activity in China has been a steady erosion of missionary focus on Taiwan.  My personal observation suggests that the number of evangelical missionaries in Taiwan has declined by approximately 50% during the last 20 years.

Although this recent decline of Taiwan as a mission field is understandable for many reasons, it is nonetheless tragic.  It is understandable because the immense spiritual need of Mainland China is so overwhelming.  Furthermore, the Church’s interest in Mainland China as a mission field is paralleled by, and in many ways fueled by, the corresponding secular fascination with China as a rising political, economic, and social force of the 21st Century.  Every global corporation in the Western world is actively pursuing the potential profit represented by China’s emerging market.  For this reason programs of study for Chinese language and culture are springing up in secular universities and colleges all over America, and even many high schools are offering Mandarin Chinese as a foreign language.

A further factor in the decline of missionary interest in Taiwan has been the extreme difficulty and slowness of the work in Taiwan.  Missionaries have been working in Taiwan for more than one hundred years, but results have been relatively minor in comparison to other fields.  Ancestor worship, idolatry, and other cultural and religious barriers have kept conversion figures low.  Also, as established denominational churches have slowly become indigenized, there has been an erosion in doctrinal and practical purity among their church members. The entrance of theological liberalism, neo-orthodoxy, new evangelicalism, and the charismatic movement have blunted the effectiveness of these churches to evangelize their own people.

But all of this may now be changing.  A new wind seems to be blowing.  As we have ministered in the metropolis of Kaohsiung for the last eight years, we have experienced a completely unprecedented ability to reach new people with the gospel and have seen steady church growth based on sound biblical principles.  One explanation seems to be the changing demographics within our own city where young urban professionals are displaying a new openness to seriously consider the claims of the gospel without the hindering influences, barriers, and pressures which previously kept them away.  It now appears that in Kaohsiung, at least, and perhaps in all of Taiwan, there is a new door of opportunity opening to both sow and reap.

Finally, Taiwan stands in a strategic position to become a new launching pad for the gospel to reach into Mainland China.  Trained, challenged, equipped, and sent, Taiwan’s Christians could easily cross the few miles which separate Taiwan from China and carry the gospel to them without needing to cross barriers of race, culture or language. As you consider the needs of Chinese people world-wide, don’t overlook the opportunities in Taiwan.

Thank you, Matt Hanna, for allowing me to use your article in my blog. Art and I visited Matt and Marla Hanna in 2010 and were delighted to see their work in Kaoshiung flourishing. Here’s a link to Matt’s original article.

Reader, after these articles about China and Taiwan, you might be wondering how ministries in the two different countries compare.

China and Taiwan share history, culture, language, food, music, and many other things. One main difference is that Taiwan enjoys freedom of religion. Missionaries are free to go there openly, start ministries, and invite Chinese to become a part of those ministries. They can share the Gospel freely both publicly and on a personal basis. On the other hand, since Chinese from China haven’t had much religious teaching, now that the government is allowing more freedom, those in China have a real interest in Christianity. Many Chinese in Taiwan face strong pressure from family and society not to become Christians.  In both China and Taiwan, however, some Chinese people are eager to hear the Gospel.

My book, Peanut Butter Friends in a Chop Suey World, gives an accurate picture of missionary life in Taiwan. The book was released by Bob

Jones University Press twenty years ago and Taiwan has progressed in many ways, but the book still accurately portrays most aspects of life in Taiwan.