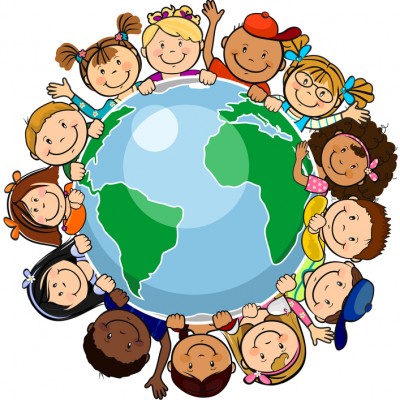 Most missionary parents want two things very badly. They want to serve the Lord completely and passionately in the place to which he has called them. And they want to give their children a rich childhood that will prepare them for adult life and make them happy that they could grow up on the mission field. Often the mission field is quite different from their home country. Parents have to make some tough choices.

When we raised our girls in Taiwan, we had high goals. We wanted them to learn Chinese well, become close friends with Chinese kids, and adapt completely to the Chinese culture. We also wanted them to have a great command of English and fit in well in America. In the beginning we wanted them to be equally proficient in both cultures.

Before long, however, we realized that few MK’s in Taiwan fit really well in both American and Chinese cultures. Some MK’s went to Chinese school and had Chinese playmates, but couldn’t talk to their grandparents when they returned to the States. Others lived in the American segment of Taiwan and seemed really well-adjusted in American society but cared little about Chinese people. Like many missionaries, we had to balance ministry needs with the personal needs of our family.

We expected to spend the rest of our lives in ministry in Taiwan, at least until retirement. But we knew God might not call our daughters back to Taiwan as missionaries. They had to be able to function well in America as well. If they chose to be involved in Chinese ministry as adults, we wanted it to be a choice, not something they did simply because they didn’t fit into American life.

How can you teach your kids to appreciate their host country without losing the identity of their home country?

There will be times when life in your host country will seem totally illogical, backward, and ridiculous. You may fight your own battles with contentment on the mission field, but make sure you model a positive attitude to your kids.

Talk about the cultural differences with your kids. Voice positives and negatives of both your home country and your host country. Let them voice their problems but help them to see the positive side of the culture and the people. Resentment is contagious.

The Brazil MK’s we met on furlough were so annoying! They spoke Portuguese as fluently as English and played a big part in their parents’ ministry. Our kids were smart, so what was wrong with us as parents?

We had to realize that our situation was different from theirs. Our daughters spoke English at home, heard Taiwanese at church, and took Mandarin lessons at their English school. Chinese is more difficult for Americans to learn than Portuguese. We had slower growing churches and our kids didn’t know Christian Chinese kids. They didn’t belong to a Chinese youth group. We had to quit comparing our ministry expectations with those of missionaries from other fields and make decisions that were right for our kids.

We needed to give our kids good experiences in both cultures. Our kids did play some with Chinese kids. They grew up in Chinese neighborhoods and churches. They took their turns eating strange Chinese foods with chopsticks to please Chinese friends. But ultimately their closest friends were ones who spoke English and shared a similar culture. In our situation, they were able to have close friendships with other MK’s.

It’s easy to get into the trap of comparing your kids to other MK’s, as if all MK’s are alike and all mission fields are alike. Look at the different situations MK’s live in. Home schooling, boarding schools, national schools, MK schools. Dripping hot climates and freezing cold ones. English speaking countries, easy-to-learn second languages, difficult languages with strange alphabets. Deeply religious cultures, very immoral ones, voodoo followers, primitive tribes, wealthy cultures with high expectations. Cultures that emphasize group mentality or individualists. Friendly and emotional or standoffish and reserved. To that you add the countless varieties of missionary kids and their unique personalities.

If you are raising MK’s in your home, ask the Lord to give you a good balance that embraces both your host culture and your home culture. Instead of competing with other missionary parents for how well your kids know the language or how adapted they are to culture of the host country, determine what works best for your family and ministry. Your kids will face enough pressure to return to the mission field simply because they have been raised there. Give them an example of finding the Lord’s will for your life and being content with that.

My grandson’s other grandma was making him a picture book about family life and animals and asked me if I wanted to contribute. She and the other grandpa had been to Yellowstone the past summer and had pictures of grizzly bears and buffalo. “Great!” I thought. “How am I going to compete with grizzly bears and buffalo?” We had changed our missionary ministry to New Zealand, an exceptionally tame country. I would be pushed to find anything more exciting about our life than the ostrich at the zoo.  On further reflection, however, I remembered my picture holding a koala bear in Australia, petting a pink dolphin in Singapore, and sitting on an elephant’s knee in Thailand!

Sometimes we feel we’re missing out as missionaries, but if think about it, we have often travelled to some amazing places “on our way” to normal ministry.

All families need to have fun together. Instead of thinking about the things you miss in your home country, relish the differences in your host country. Maybe you can go to the beach on Christmas day or snow ski to school. Raise a pet monkey. Fish or hunt. Ride an elephant. Climb the Great Wall. Snorkel the Great Barrier Reef. Visit Machu Picchu. Ride a double decker bus. Visit a castle. Go on Safari.

Crafts and sporting activities often give us chances to experience local culture. I learned to do elaborate Chinese paper cuttings and origami in Taiwan. Lisa still enjoys some of these Chinese crafts. Your field may give you great opportunity to participate in soccer, rugby, or cricket. You may be able to watch unique musical instruments being played or become acquainted with a musical scale different than the Western one.

Of course, your child can also enjoy crafts and sports and music on the mission field that are similar to that of your host country. You don’t have to only pursue those activities that are different from your host country.  But whatever you do, give your children good memories that them make  proud to be MK’s. Part of that is helping them to appreciate their host country.

Here are two of my fiction books that show kids who learn to adapt to a new culture. Peanut Butter Friends in a Chop Suey World shows Amy Kramer who moves with her missionary family to Taiwan. Two Sides to Everything shows Josh McKay moving from big city USA to rural New Zealand. Broken Windows features an adult who grew up on the mission field and ponders the significance of his experience.

Coming soon: I’ll talk about more ways to make your missionary experience positive for your children.