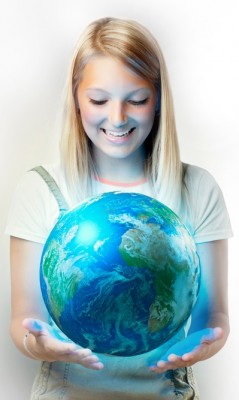 I became a Christian at age five and, as a teen, told God I would do whatever he wanted me to do. I was raised in a pastor’s home and always had a special heart for ministry. It only made sense to go to a Bible college, since Bible college training is a pre-requisite for many kinds of ministry. I thought it would be great if the Lord would lead me to become a pastor’s wife, but for several years no would-be pastors asked me out. During my junior year at Faith Baptist Bible College I felt God leading me to write for Christian publication, but that didn’t rule out other ministry at the same time.

Suddenly I became aware that Art Brammer was interested in me. After dating 2 weeks he informed me that God had called him to be a missionary to Taiwan. He asked if that was an option I would consider. It sounded a bit like a proposal, but it wasn’t. He just didn’t want to waste time and emotional energy dating if there was no future in it. Being a missionary wife sounded more daunting than being a pastor’s wife, but I told him I believed it could be an option. We continued to date, asking the Lord to lead us apart if this wasn’t his will for us. God continued to lead us together. We married in 1978 and I believed God had called me to my husband and the field of Taiwan as well.

After about fifteen years in Taiwan we came to a scary place in our ministry. We had started one ministry and helped with another. In a period of about a year it became clear that both of the ministries weren’t really going forward. We didn’t want to quit and go home if the Lord wanted us to stick it out, but we also didn’t want to stay when the Lord was leading us elsewhere. How could we know what the Lord wanted?

We prayed and ask God to lead us very specifically. We sought godly counsel from our field council, mission board, and sending church. Finally we set some goals for our ministry that would help us discern the Lord’s leading. The goals were high enough to show progress, but low enough to be reasonable. If the ministries met these goals we believed God would continue to build those ministries and we should stay with them. If the goals were not met however, we would take that as a sign that the Lord was moving us on.

Within about six months the Lord made his will very clear. Neither of the ministries came close to meeting the goals. It was time for us to move, but we had no idea about what to do next. Art had planned on missions in Taiwan since he was a teenager. It had been difficult for him to even consider any other ministry. But sensing God’s leading, we brought our two high-school-aged daughters back to the US and began the search for a new ministry.

At first we looked at Chinese ministries in the US and Canada. Some sounded promising, but when we actually visited them, we didn’t feel like they were a good fit for us. God didn’t give us peace about them. Each time we “rattled a doorknob” we found the door was locked. After a couple of months in the States our field administrator from our mission board called. “Would you consider pastoring a church in New Zealand?” he asked. On the southern tip of New Zealand was a church that had been started by a missionary who felt the Lord leading him away.  We said sure, we’d consider it. Then we got out our maps. Where in the world was New Zealand?

Within about a month Art and I flew down to Invercargill, New Zealand for ten days so we could meet the church people and he could candidate as pastor. We visited the church and toured a bit of the South Island. Soon after we returned, the church voted to extend the call to Art to be their pastor. We talked about it with our kids, prayed about it, and God gave us peace. We’ve been in that ministry for twenty years now.

Early on in our ministry here, God showed us that this new place of ministry was right for us. Our daughters both had opportunities to share in our ministry before they moved away from home.

Most ministries go through ups and downs. Sometimes God brings us through down times to times of more apparent blessing. It’s not always easy to know when to leave a ministry and when to hold on. But if we really want to know God’s will, because we want to do it, because we love him, he will show us his way. We may only be able to see the next step, but when he shows us that step, we can take it in confidence. God will help us through all the necessary changes.

Are you confused about the direction of your ministry today? Are there godly counsellors you can talk to? Have you made long range goals and short range goals to get to the long range ones? Are you flexible enough to sense when God is leading you in a different direction? Are you moving forward, rattling some doorknobs to see which ones are locked?

My prayer for you today is that God will lead you to make good decisions and you will find the place or ministry where you can best serve him. May you find joy in serving him today.