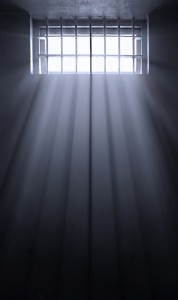 Last week I meditated over this question: Who is at the center of Romans 8:28. This is a good theological question to think about because we rely on this verse during our most difficult days. When life is hard we need good theology and this verse has a lot of it.

When we get cancer, lose a job, or our best friend turns against us we quote this verse: “And we know that all things work together for good to those who love God, to those who are the called according to His purpose. (NKJV)” So often we put ourselves at the center of this verse. “All things work together for my good and happiness.” As I looked at this verse more closely I realized that God and his purposes are at the center.

When something bad happens to us or others we’re tempted to interpret God’s reason for allowing it. “God allowed him to lose his job because he hasn’t come to church enough.” Or “God allowed her daughter to die so that her friend would get saved.” God always brings good from every circumstance, but His thoughts and plans are so much higher than mine that I should let God speak for Himself. I don’t have to understand why things happen. I need to trust God that he will use even bad events for good purposes.

Even though my happiness isn’t the center of Romans 8:28, however, I can still trust God. His purposes are for my good, which is sometimes different than my happiness. He loves me and brings good to me in every circumstance. But God’s glory and his purposes are more important than my good. His purposes include my good, but they extend far beyond that. “When selfish benefit becomes more important than God’s glory, I haven’t learned the truth of Romans 8:28.”*

Consider Joseph’s story in Genesis. God did eventually bring Joseph great personal good as a result of the unfairness heaped upon him, but good results extended far beyond his own personal good.

Mary Weaver is a good example of this. This godly woman was unjustly convicted of first degree murder and sentenced to life in prison without parole. Someone else abused a baby and let Mary take the blame. She suffered in spite of her innocence. Mary’s case took years to resolve but God used her case for good in many ways.

(Steve was her lawyer.)

Knowing what she knows now, if Mary was given a choice, would she choose to be convicted and sentence to prison? Probably not. Mary’s glad she didn’t have to choose, that God did the choosing for her. Good did come to Mary from her case, but her good was only part of a much larger picture. God worked out His purposes and is continuing to do so.

Today perhaps you are going through a difficult time. You have God’s promise that he will use your greatest difficulty for good. You may not be able to see that or feel that, but rest assured, it is true. God loves you and works for your own good. And that’s just part of the picture. We are stuck in the ever-present “now” but God sees the entire picture and he will use your darkest days for purposes you can’t even imagine.

Will you trust him today?

[*Quote from I Survived: Five Bible Characters Who Survived Disasters. You can read about the Mary Weaver story in this book: Edges of Truth. Find out more about both books here.