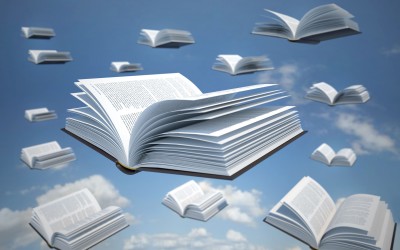 When was the last time you finished reading “Christian Fiction” and came away saying, “It’s fiction, but what’s Christian about it?”

I do this all the time. Because I write Christian fiction, I try to keep up with what’s happening in the world of Christian fiction. Today fiction is more accessible than ever before. With a Kindle reader, I can read free books that didn’t even cost postage. On any given day, I can choose from hundreds of these. And I routinely try to purchase paid Kindle books, to find quality books and help Christian authors.

While I find many clean reads, I don’t find many books among these that are distinctively Christian. If a book is truly Christian fiction, I expect it to have these six things:

Maybe this is obvious, but many Christian writers leave this out. The book may be clean and have no profanity, but this doesn’t make it Christian. I’m not saying the story should be preachy, but it ought to have something to say that’s distinctively Christian.

I think of one author whose books I really enjoy. The protagonist in one of his series is outrageously funny. He solves mysteries that bring him into hilarious situations. But after reading four books in this series I can’t say that there’s any hint the protagonist is a Christian. Though he’s likable in a crazy way, if he were in my circle of friends I’d have to call him rude. And with each book I finish, I can’t find a truly Christian message there. While I like his writing, I can never recommend it as distinctively Christian fiction.

As a Christian writer, I have to wonder what’s the point of writing and polishing a whole book, bringing it to publication, even calling it “Christian fiction,” without saying anything truly Christian.

Christians make mistakes, sometimes big ones. Christians don’t always know which choice is right. But in Christian fiction, if Christian characters take short-cuts on integrity, they shouldn’t walk away feeling comfortable about it. It should prick their conscience or make their plans fail. In some way the reader should see that the character has failed. If this is missing, the Christian message is compromised.

These days Christian fiction often depicts Christian characters who lie, break the law, open someone else’s mail, carry out a grand deception, or compromise integrity in some other way. The offense is never classified as wrong. The end clearly justifies the means. Personally I find this very disappointing.

One of the most riveting books I’ve read in recent years is about a doctor who was forced into a difficult situation to save his son’s life. The book was so well written, but the author painted his protagonist into a corner. The only way to save his son’s life was to take an organ without permission. He took the organ and afterward the family of the organ donor forgave him. To me, this gave a 5-star book a fatal flaw. A fiction writer can make anything happen. In my view, this writer should have written the book in a way that honored and rewarded integrity.

Obvious, right? But today many Christian writers are adding profanity to their books to make them more “real.” Don’t they understand that Christian readers often choose Christian fiction specifically because they don’t want profanity? Whether readers want it or not, a distinctively Christian book takes the high road, whether or not profanity adds to reality.

In a similar vein, some Christian books don’t print profanity, but make it obvious what the word would be. The reader may not read the word, but he thinks it. I think we can do better than that.

Many Christian authors now include “minced oaths” that used to be considered inappropriate for Christians. I’m talking about words such as (excuse me, please) golly, gosh, darn, heck, etc. Along with this is a word that, when I was a kid, was carved onto school desks as an obscene word: Sucks. If these words seem innocent to you, you might try looking them up online. You may want to go to several sources. You could argue that these words are better than the euphemisms the represent, but why should Christian writers use them at all?

In the 1990’s I found a new favorite Christian author. This lady wrote a series which was absolutely riveting. I got to know and love the characters. As the series unfolded I found one character involved in a lesbian relationship. Another was forced into an activity with outright gore. And I believe one character had been raped. This author dealt with these subjects tastefully, pointing out the sin in each situation. These activities were an integral part of society for the characters and I believe the author wanted to demonstrate triumph over this kind of sin. So I read another book by the author, about a girl who had been raped. The author had a strong Christian point to make about that  situation. The next book by her was about a pastor caught in sexual sin. Another book was based on a book of the Bible and was proclaimed one of her best. I bought the book about a prostitute as a discard from the public library. When I was done I threw it away. I think that was the last book of hers I read.

Each book was amazingly well-written. Each dealt with sin as sin and treated it in a tasteful way. But I began to wonder if the author ever wrote a book that didn’t deal with sexual sin. I believe sexual sin is a sin of the mind in a way lying, stealing, and murder are not. I understand some Christian women have been raped or promiscuous in the past and may need books that deal with this, but I haven’t. I finally decided that, however tastefully these books were written, I didn’t need to drag my mind through whole books whose main focus was sexual sin.

Christian authors face a fine line here. As Christians we need to show compassion toward victims of sexual sin. We need to reach out to sexually immoral people, loving them while not condoning their sin. God offers salvation and forgiveness for every kind of sin. But it is possible for books that take a stand against immorality to pique a spiritually unhealthy curiosity about it. Obviously, a book could help one Christian reader and drag another one down. But an over-emphasis on sexual sin can actually do damage to the average Christian reader. I believe Christian fiction should be uplifting.

I believe Christian mysteries that involve murder or burglary can be appropriate. They can show how sin hurts people, that right triumphs over wrong. Graphic violence and gore, however, glamorize details that are unnecessary to tell the story. The Bible also clearly states that revenge belongs to the Lord. Christians should not seek revenge. If Christian characters in Christian fiction engage in revenge, they should, at some point, recognize that this is not right and bear the consequences.

Recently I was required to read a book about Christian ninja warriors as part of a review group. I did my best to give a good review of this book, trying to give the author the benefit of the doubt. But to me, ninja warriors just don’t fit with a Christian message. To their credit, these ninja fighters waited to be attacked and used their fighting skills in defense. Once the fighting started, however, they enjoyed beating the enemy and using all the ninja weapons to inflict severe bodily damage. They felt kinda bad when their enemies actually died. They seem to feel no remorse, however, for severely beating the enemy into an unconscious state.

Obviously this author loved ninja warriors and wanted to make them Christian, but to me, there’s a fundamental flaw in trying to make godly Christians into ninja warriors. This book may be Christian in name, but I can’t recognize this as distinctively Christian fiction.

I don’t hear anyone talking about this subject, but it’s about time we do. Is there a difference between Hollywood love and Christian romantic love? Going by most Christian fiction, I’d have to say no. Yes, Christian fiction cleans up the scenes some. Sex isn’t graphic and it is reserved for marriage. But in most Christian fiction, romance is based purely on physical attraction. The guy and girl fall in love and they know it—how? Because of how the other person makes them feel. It’s all about hormones.

In new Christian fiction I often find Christian characters falling in love with unbelievers. Of course, they don’t marry them until they suddenly get saved. But they fall in love with them before they’re saved.

What’s wrong with this?

Love leads to marriage, a committed relationship for life. This is a partnership so close that it’s like two oxen being yoked together to work in tandem. Choosing a marriage partner is so much more than just finding a person you’re attracted to.

I love my husband and we enjoyed the romantic relationship that brought us to marriage. But let’s change that situation.

Let’s say that, instead of mild mannered Art Brammer from Montana who quietly has his heart set on missions, I meet Fabio Heartthrob. Fabio brings me flowers and chocolate and takes me for rides in his Corvette Stingray. He takes me to fancy restaurants and gives me impressive jewelry on special occasions. He loves my writing and compliments me on all my abilities. On moonlit nights he whispers romantic nothings in my ear. Fabio could have any girl he wants, but of all the girls on campus, he chooses me. I am the envy of all my roommates. Could I be attracted to someone like that? Could I fall in love with him?

Of course I could. If romance was based purely on physical attraction, like it is in most Christian fiction, I wouldn’t be able to resist a guy like this. I would marry him and enjoy months of marital bliss. Then I would wake up and realize I’d married the wrong man. For one thing, even if Fabio is a Christian, Christ is not his first love. His goals are having a great career, enviable house, and popular kids who win awards. My goals are serving the Lord, following his will, and raising kids who want to serve him.

Instead of becoming Mrs. Heartthrob I became Mrs. Brammer. Yes, I was attracted to Art who avoided girls before his junior year in college, always made the dean’s list, and was the fastest runner on campus. But we didn’t allow ourselves to get very physically attracted to one another before we made sure that we were going the same direction and wanted the same things. We prayed throughout our relationship that God would make his will clear to us.

Distinctively Christian fiction needs to show godly romance which includes feelings, but is the result of concentrated effort to discern God’s will. Before the heart is let loose to be blinded by feelings, it examines character, relationship with God, common goals, and God’s will.

Sadly, most Christian fiction today, if judged by these 6 marks, could not be classified as such.

We could use social media to rant and rave about the situation, but I suggest we do something more positive.

We who are Christian writers need to write distinctively Christian fiction.

We who are Christian readers need to support distinctively Christian fiction. How?

What distinctively Christian fiction books have you read lately? Why not post the title and author in the comment box to share these books with other readers?