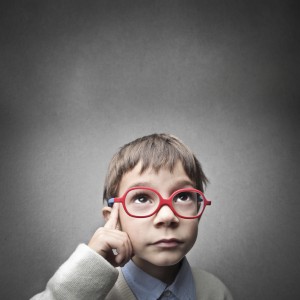 Today I fly back, as I do every few years, to America, where I was born and grew up and the country of my citizenship. Having spent most of my adult life in Taiwan and then New Zealand, I feel each time I return I need to reset my ideas about life in America. I find I’ve forgotten much about American life and that America is constantly changing. I continually need to rediscover what it means to be an ordinary American.

One thing stands out every time I return: The proliferation of stuff. America has such a broad market that you can buy almost anything here. The various holidays often involve giving gifts to people who already have what they need. Manufacturers feed the shopping frenzy by redesigning the stuff people already have to make them want updated versions of it. You can’t help but be tempted to buy this cool new stuff because it looks cool and it’s so affordable. So compared to other countries, even relatively prosperous countries, Americans have nice stuff and a lot of it.

It’s not wrong to have nice stuff, especially if you can afford it, but it’s dangerous to define who you are by it.

Flights to eternity don’t allow carry-on baggage. And the best insurance in the world can’t guarantee that you won’t lose your job, your health, or your possessions. If you define yourself by stuff, who will you be if you lose it?

2. Placing too much importance on stuff shows you are buying into the world’s values.

Advertisers have been telling us for decades: “You deserve it.” Buying a product ceases to be about the worth of the product itself. They want us to define our sense of self-worth by the products we can buy. A box of hair color can only be worth so much, but if we tie our self-worth to it we can rationalize spending much more for it.

Many people measure their success or failure by the possessions or opportunities they can afford. They compare these to what others have. If they have more than their family or friends they feel successful, even superior. If they have less, they feel like failures. This reflects society’s values, not those we find in Scripture.

3. Needing to have as much or more than others captures us in the trap of comparison.

Compared to some people we look successful. Compared to others we are failures. We are so busy comparing to feel good about ourselves that we can’t rejoice with others who have things we can’t have. Instead of feeling compassion for those who struggle, we feel smug, as if all we are and have is not a gift from God.

4. Preoccupation with stuff can hinder relationships.

The drive to have nicer stuff may force us into jobs that don’t leave adequate time to build relationships. More stuff takes more time. You have to work to make the money to buy it, spend time shopping for it, and set aside time to use it. You have to clean it, fix it, maintain it. You need a bigger house to store more stuff. The time and energy expended may give you less time to build relationships.

5. You are more than the stuff you possess.

Stuff should not be an end in itself. We can use stuff as tools to serve God and others, but our stuff is not who we are. God has amazing plans for our lives all apart from our possessions.

Some people substitute achievements for stuff. It’s easy to think that if one of my books became a best seller, I’d suddenly become a more worthy person. Or if the mission church in which we’re ministering suddenly took off and became a large church with strong national leadership, that would validate my existence. After all, isn’t achieving for God a worthy goal?

Working hard for God to achieve his will is certainly honorable, but we need to make sure we are working for his honor, not our own. And God’s will doesn’t always include visible signs of success.

Defining ourselves by achievements can have the same dangers as defining ourselves by possessions. Successes can be followed be failures. Resting on past achievements can keep us from attaining new ones.  Placing too much importance on achievement can take the place of following God’s will or building relationships with people. We can get caught in the same traps of comparison as we strive to achieve. And though it can be tough to grasp, we are more than what we achieve. As important as it is to work for the Lord, who we are is more important than what we do.

As I think about this I find that the Apostle Paul once defined himself by position and prestige. In Philippians 3 Paul says that before salvation he gloried in the fact that he was a religious leader in a prominent Jewish family. He had achieved a high standard of living according to the law. He was so zealous for what he believed that he spent his life persecuting those who had left his beliefs.

As you read these words you understand he defined himself by his position and achievements. When he became a Christian, however, he realized that these things weren’t so important after all. He learned to place more value on these things:

In 2 Cor. 1 he “boasts” in the fact he had a clear conscience, that that his ministry was one of integrity and simplicity, governed by God’s wisdom. He and his co-workers had faced opposition in their ministry until they were “burdened beyond measure, above strength, so that we despaired even of life.” (NKJV) Instead of complaining, he rejoiced that he could pass on the comfort he had received of God to others who were suffering.

Throughout his epistles you get the sense that Paul didn’t waste a lot of time defining who he was, but when he did, he talked about the changes he saw in the lives of others. He lived for ministry, not to brag about his results, but to see his spiritual children grow in faith.

So maybe you are at a difficult period in your life. You may have lost your job and are struggling to get by. Maybe your health keeps you from doing anything that seems to be significant. Maybe compared to others you know you are feeling like a failure. Possessions and achievements come and go, but godly character lasts forever. Every day we can grow closer to Christ and define ourselves by our relationship to him.

Who are you in Christ today?

(Due to a changeover in my website some people were not able to view this blog when originally published. If this blog is a repeat for you, I apologize for the inconvenience.)