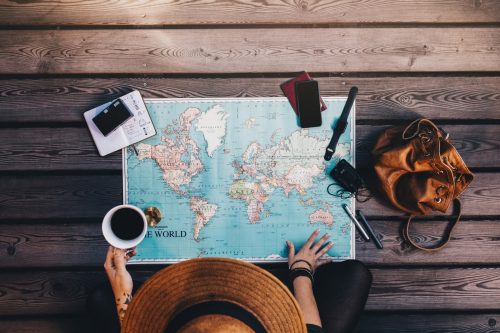 Ten years ago Max Missionary was appointed to the field of Boondockia (fictional country.) Max and his wife, Maxine, looked forward to a glorious future of planting churches in that needy country. But Max feels he has failed. He just can’t figure out what went wrong.

After being appointed, Max and Maxine spent their first three years on deputation. Max gave challenging messages that showed his burden for the Boondockians, but many churches felt that was not enough. They wanted snake stories, and Boondockia is too cold for snakes. Max, although earnest, was not flashy. Their support trickled in slowly.

Once on the field, Max and Maxine worked diligently for two years in language study, trying to master Boondockese. Before long they got used to the different sentence structure, but Max had trouble remembering the eleven different tones and when they changed in a sentence. Maxine did better with the tones but had trouble forming her glottal stops. After two years they did not master Boondockese, but they had a good foundation and were determined to continue working on it.

The couple spent the next two years trying to build friendships with the Lower Boondockians and tell them about Christ. Finally one lady said she would believe in Christ if Max taught her English. He decided she wasn’t ready. Max could not start services because they were due for furlough and there was no one to take over the work. No one showed much interest in Christianity anyway, since the Muslim state religion forbade worshiping Christ. Max decided to wait until the next term to begin services.

After furlough Max started services in their home. They passed out 10,000 fliers advertising their services and showed attractive Christian films once a month. Once in a while someone besides their family even came to the services. One Sunday three Boondockians came. Max walked on air for a month.

But Max is getting a little discouraged. He has held services every Sunday for the last two years, but only one person has been saved. That person moved away after a few weeks. Visitors don’t want to come back because there are so few people in the services. No one has come to the services for the last month.

Just yesterday Max got a questionnaire in the mail from a supporting church. They want to know how many people he has led to the Lord in the last year, how many he has baptized and the average attendance for his services. This church wants to support missionaries “who produce fruit.”

“What am I supposed to tell them?” he asks Maxine. “That after they’ve supported us for ten years, we’ve seen only one person saved? There’s no place on the questionnaire for the hours I spend several nights a week with Mr. Quaptrx trying to answer his doubts about Christianity. Or the time we’ve spent building relationships with others. What are we doing wrong? Are our last ten years for nothing?”

Max is typical of many missionaries who work on “slow fields.” Though he feels like a failure, he is just the kind of missionary needed in Lower Boondockia. He may not be flashy, but he is faithful, persevering through fruitless, seemingly nonproductive times. Boondockians are beginning to trust him. Max has given several a foundation for faith in the Word of God that will eventually lead some of them to trust Christ.

If Max will be able to stick it out for a few more years, he will plant a small church, the first one, in the city where he works. But right now he’s ready to quit.

Churches need to realize that not all mission fields are alike. On some fields people are saved in great numbers in a relatively short time, and it’s possible to build large, successful churches in a few years. On other fields, no matter how diligently the missionaries work, few souls are saved. It takes many years to build a small church. These are the “slow fields.” Given enough years, these fields should become more productive; but in the beginning it takes faithful missionaries with staying power.

In the case of a difficult field, a missionary is still just getting started after the first term or two. A missionary who will stay on the field for life is the best investment. If he quits after his first term much of his time is lost, and a lot of money is lost too. Consider a missionary couple who spends three to four years raising support, two years in language school, and another couple of years to complete their first term. The cost of living, travelling, setting up house, and study for those years could easily exceed a quarter million dollars. It makes sense to stand behind missionaries on slow fields and encourage them to serve as long as the Lord leads them to do so.

How can your church help missionaries on especially difficult fields?

Let your missionaries to slow fields know you don’t expect the same kind of results from their fields as you do from some others. Tell them you understand the heartbreak they feel when they work hard and see few results.

2. Realize that it takes different kinds of missionaries for different fields.

The flashy kind of person who makes outstanding first impressions on deputation may not last on the slow field—or any other field, for that matter. Learn to recognize the faithful missionary who has a quiet determination to persevere, no matter what. This kind of missionary is often overlooked, but may end up doing the best and most lasting job.

If he does not get the language down, he is more easily tempted to give up and go home. Don’t put other expectations on your missionary during his time in language school. Churches that demand a missionary have an additional ministry greatly handicap his ability to learn the language. A missionary in language school needs your prayer and encouragement—even though his prayer letters may not have much to say. He needs to have enough financial support to meet his language school needs. Language school is often very expensive, and missionaries may have to cut down on the hours they take or avoid refresher courses because they can’t afford to take more.

4. Make sure your missionary has adequate financial support for every area of need.

This will take a lot of pressure off his shoulders. For example, he should have enough support to educate his children and take a vacation to get some rest. He won’t be able to stay with relatives, so even simple vacations may get a little expensive. Encourage your missionary to take a vacation and assure him he doesn’t have to feel guilty about the money and time spent. Many missionaries do well to get two or three days off a couple times a year.

5. Take the time to encourage your missionary.

Write him personal letters that show you have taken the time to get to know him and his field. Packages can be helpful when you have made the effort to find out what he will enjoy and the best way to send it. When possible, develop a friendship with him on deputation or furlough. His life may be so transient during these times that many people are afraid to make close friends with him.

6. Let him know you trust him.

Some churches are afraid to trust missionaries. They’re afraid appointees will never make it to the field so they don’t start supporting them until they leave for the field, or maybe until their second term. (If all churches did that, no missionary would ever get to the field.) Or they’re afraid their missionary isn’t working hard enough. It’s far more likely that he’s overworked and does not know how to cut down his hours. Missionaries working on slow fields especially need to know that their churches understand and trust them. The lack of results is hard enough to bear without their churches’ criticism.

7. Don’t forget to pray specifically for your missionary.

You can’t do that without reading and studying the prayer letters he writes. Your missionary tries hard to live up to the commitment he has made to you by working faithfully. Are you living up to the commitment you made to him by praying faithfully and specifically? Your missionary may be wondering why he is failing when he’s working so hard. Could it be you aren’t doing your part by praying?

In 40 years of ministry on two continents I have sometimes felt like Max and Maxine Missionary. But God sees and rewards faithfulness year after year.

As a former pastor used to say during my college days, “With God the hardest field can be the harvest field.”