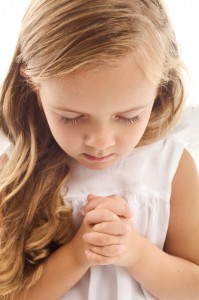 While Mary Weaver served time in prison for a crime she didn’t commit she prayed this prayer: “Lord, help me focus on what I have, not what I don’t have.” American Christians today would do well to pray the same prayer about their country. Sure we have issues today that challenge our sacred and sure beliefs. Abortion kills real people and should not be allowed. Same sex marriage is an affront to the institution of marriage and family as God founded them from the beginning of time. Legalization of marijuana opens the door to drug abuse that most certainly will result in destruction of life for the user as well as the ones hurt by his use. These are battles Christians have lost in America in the last fifty years.

Still let’s not be so blinded by what we’ve lost that we can’t see what we still have.

While other people may have the legal right to get an abortion, marry someone of the same sex, or smoke marijuana, Christians are never required to do so. We still have the freedom to do what we know to be right in almost every situation.

Christians are still allowed to teach what they believe is right. This has only been slightly challenged when it comes to “hate speech.” As Christians we should be able to proclaim what we believe in a diplomatic way anyway. While we speak out against sin, we need to be kind and friendly to sinners. Why? To earn the right to witness to them, and we also need to treat people with kindness and respect because this is the right way to act.

The most persecution most Christians face is a raised eyebrow, a frown, or a curt word. How can that compare to being beaten, disowned, imprisoned, tortured, or killed like some Christians have been in other countries or in centuries past?

As we compare the America of fifty years ago with today, we know that we have lost ground as Christians, but I believe we need to recognize that what we have left still makes us rich. We as Christians are still free to live for Christ in almost every way, even though it runs contrary to how the world around us thinks and acts.

On the other hand, I believe American Christians have lost something which has not been stolen from them.

I was shocked about 15 years ago when I was speaking to a group of junior camp kids about the privilege of prayer. I thought I had a good analogy. “Can you imagine what an honor it would be to meet the President of the United States and talk to him?” Bill Clinton was president at the time. None of them wanted to meet him. When I was a kid the highest honor for a kid would have been to meet the President. No longer. This gave me a peek into the homes of these kids, and I thought, “We’ve lost something in America.” Whether the President is Bill Clinton, Barack Obama, George Bush, or Ronald Reagan, I would hope that Christians would respect the position enough to want to meet the President.

The last time I checked my Bible, respect for government officials was still Biblical. The Apostles Paul and Peter lived under a Roman government which often persecuted Christians. What did they say about government leaders?

“Be subject to the governing authorities. For there is no authority except from God, and the authorities that exist are appointed by God. Therefore whoever resists the authority resists the ordinance of God. . . . For he is God’s minister to you for good. . . . Honor the king. . . .Be subject to rulers and authorities, to obey, to be ready for every good work, to speak evil of no one, . . . showing humility to all men.”

Somehow many Christians have lost respect for government leaders. We may disagree with our leaders, strongly. We may stand against their views, especially when these views are contrary to Scripture. But I believe we still need to do that in a respectful way, and sometimes we forget that.

This article is the last in my series about America. So many Christians seem to have given up hope for our country, but I believe we still have so much to be thankful for. As Christians we lose some battles we fight for spiritual values in our society and government. But if the Apostle Paul can speak so respectfully of government when Nero was ruling, I believe we can show respect to our government leaders today. We have the ability to choose right actions and attitudes ourselves, no matter what others do. And no one can take that away from us.

[While this article is written about America, the same basic thoughts are true of New Zealand, where I live most of the time.]